Historic Downtown Roanoke has been transformed! Come see beautifully restored Oak Street. Stroll up and down the beautifully landscaped sidewalks stretching for nine blocks and enjoy the timeless, small town charm. Enjoy a concert at Austin Street Plaza, 221 North Oak Street, a location for entertainment and relaxation at the corners of Oak and Austin streets.

The Rock Building, circa 1886, originally the Silver Spur Saloon and the cornerstone of the historic downtown, is now a Visitor Center and Museum and recently obtained a Recorded Texas Historic Landmark designation. The downtown district is listed on the National Register of Historic Places and the city has another historical marker located at the Water Tower on Oak Street and at the former Continental State Bank's location at 109 South Oak Street.

Celebrate Roanoke, the downtown festival held on the second Saturday in October, and the Downtown Christmas Parade and Event, on the 1st Saturday in December, are located on Oak Street in the heart of downtown Roanoke. 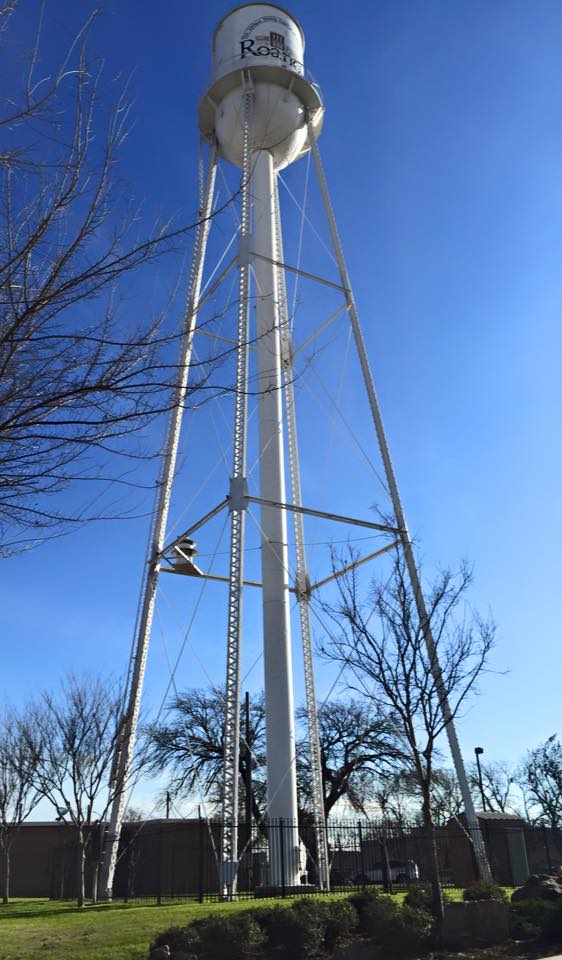